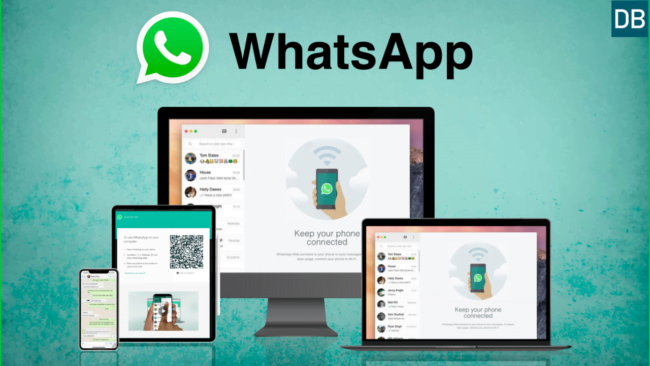 The beta version of WhatsApp has started rolling out for iOS users, allowing users to try out its new features on the stable update channel. Today we will know the advantages and disadvantages of using WhatsApp Multi-Device Support.

It is learned that the cross-device beta version of WhatsApp has started rolling out for iOS users, which is also allowing users to try out its new features on the stable update channel. Below you will be told that these are the advantages and disadvantages when using WhatsApp multi-device support.

It is being told that the world’s most popular messaging service WhatsApp is undergoing major changes. Including the ability to encrypt cloud backups to iCloud, Google Drive, as well as multi-device support.

The very first feature of WhatsApp will also allow users’ chats to be backed up securely to the cloud, This will later also allow it to be used on many other devices including WhatsApp Desktop, WhatsApp Web, and Portal devices.

It was recently reported, that WhatsApp was starting beta testing across multiple devices for the upcoming feature for iOS users on the stable.

The Facebook-owned company has yet to roll out WhatsApp multi-device support as well as the bug and other issues before rolling it out to users. Now the arrival of beta testing for regular users is an indicator that this feature will be coming soon.

But little by little to a higher level. Users who configure WhatsApp multi-device support can easily connect to the desktop, WhatsApp Web, and up to four other computers using the portal. But they will not be able to log in to WhatsApp from another phone.

In fact, one of the biggest benefits of WhatsApp multi-device support is the ability to access or access WhatsApp messages on your other devices. This can happen even if your phone is completely offline. For example, when you are offline, such as the Internet or battery is drained.

After this, users will be able to use WhatsApp on more than one device at the same time. Currently, if you log in from another computer or browser window, WhatsApp Web or WhatsApp Desktop is automatically logged out from the other device.

Users may also face several challenges while using the multi-device feature of WhatsApp. To start with, you can’t pin a chat.

Also can’t join or view any group invitations. Also cannot see the live location of that user. Also, if people who use WhatsApp Business will not be able to edit their profile details from their computer, they will have to take their smartphone to change anything.

All these issues are expected to be resolved with new features before Device Support officially comes out of beta and goes to the general public in the future.