The popular photo and video-sharing platform, Instagram has updated the desktop version’s design. Unlike WhatsApp or Facebook, Instagram doesn’t get as much buzz as the company does not make as many privacy or system changes as other social media companies. However, Instagram has finally worked on its desktop version and released some new designs.

Instagram’s desktop version has been completely redesigned. Although there isn’t much of a change here, but it will undoubtedly improve desktop users’ experience with the app.

Although Instagram has no issues with any of its versions, whether mobile, tablet, or desktop, it appears that the company has begun to see lacking in the design of the desktop version, which is why the company has unveiled a fresh look. 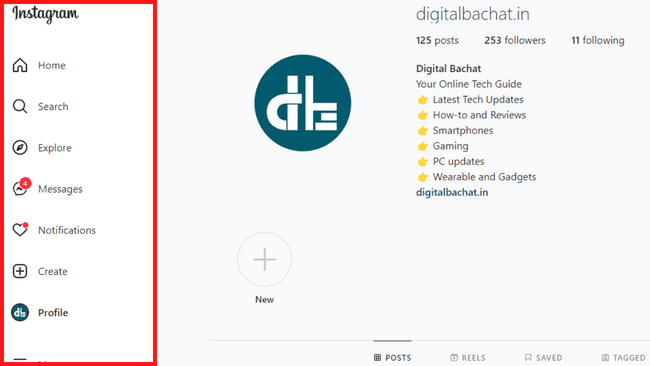 As shown in the above image, Instagram’s new desktop interface has a left menu bar rather than a typical top bar.

Previously, there was a horizontal bar with all of the user options, but it has now shifted to the left side as a vertical bar, as we see on almost every Google app and Facebook Creators.

From the user’s point of view, the new vertical menu bar on the left appears to be much better. The new interface makes it easier to understand because the options now have names as well as icons, rather than just icons as they did previously.

On the other hand, the mobile and tablet interface still only has icons in the menu bar.

Instagram previously moved the menu bar to the bottom for mobile and tablets via an app update. Similarly, now the desktop Instagram menu has been shifted to the left side to make it easier for people to use.

The ability to upload a story is still absent from the desktop version. Maybe it will be added to a future update, however, the company seems to be taking a long time to do so.