Top 4 Technologies that will Never Exist 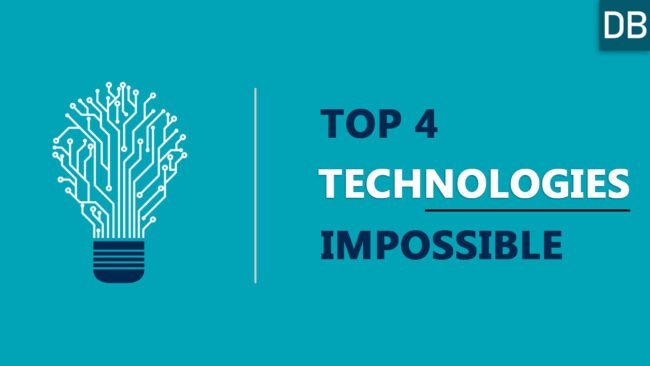 Science has made our lives easier by providing technology like smartphones, computers, Artificial Intelligence (AI), etc. But there are many things that are beyond the mind and that remain to be discovered or will never exist. Here are the top 4 technologies that will never exist.

The technologies we are familiar with were a bunch of ideas and fantasies, which were later created in real life. For example, technologies like iPhone and satellite were just an idea and imagination by scientists, but now we are able to use them which makes our job much easier.

Top 4 technologies that will never exist

Here are the top 4 futuristic technologies that will hardly or never exist in real life.

According to Albert Einstein’s theory of special relativity, time in space is comparatively slower than the time in Earth which is a form of time traveling. Time travel is possible but not like you would have seen in movies.

There was an experiment that used two clocks were set to the exact same time. One clock was located on the Earth and the other flew on an airplane that was flying in the same direction as the Earth rotates.

Scientists compared the two clocks after the plane took off around the world and found that the clock placed on the airplane was slightly slower than the clock which was situated on Earth. So it proves that the faster you move, the slower the time than Earth, which is a form of time travel.

The theory of teleportation says a matter or energy will move from one point to another point in a second. So you can say that our body atoms will transfer to another place at once which is impossible.

A human body is made up of about 70 octillion atoms which are impossible to move to other places in a second. Even if we use the world’s fastest internet speed to transfer them, it will take centuries to transfer them completely. So you can say that teleportation is impossible in real life.

The jetpacks found in Subway Surfers games do exist in real life but they are not as reliable as the ones we see in movies. One can fly in the sky using jetpacks but they will require high securities as they are not yet secure. Another thing is that jetpacks are not available to an individual because of high costs and no company wants to invest in that you are traveling with a jetpack and you may fall due to technical problems.

Let’s say that an average human body needs to consume 2000 calories per day and hence the person will have to consume a variety of nutrients or huge amounts of one food throughout the day. Although nutrition can be obtained by consuming various pills and pills, there is no scientist or engineer who has invented such a technology in which such a high amount of calories and nutrition in one pill.