The OnePlus Nord 2T smartphone comes with an 80W SuperVOOC charger. It will be available for purchase throughout Europe starting on May 24.

The Nord 2T 5G has finally been released after a long wait. The phone has an 80W SuperVOOC charger and a large 4,500mAh battery. It’s crucial to be fast and fluid, and the latest smartphone has a MediaTek Dimensity 1300 chipset.

It will be the fourth OnePlus device to be released in less than a month. OnePlus introduced the OnePlus 10 series, the Nord CE 2 Lite, and the OnePlus Nord Buds earlier this year.

Nord was introduced, according to Ask Kjer of OnePlus Europe, to eliminate lackluster performance. The Nord series is the brand’s most profitable smartphone. OnePlus Nord is found in almost every other smartphone sold in Europe.

The business believes that a quick and smooth experience should not be confined to smartphones alone, thus it introduced the OnePlus Nord Buds. The firm has launched Speed Games to give users a taste of the smartphone.

The OnePlus Nord 2T has a 6.43-inch Full HD+ Fluid AMOLED display with a refresh rate of 90Hz. On top of the display is a layer of Corning Gorilla Glass 5.

This OnePlus smartphone is equipped with an octa-core MediaTek Dimensity 1300 processor and 8GB/12GB RAM. The OnePlus Nord 2T has two storage options: 128GB and 256GB. The smartphone is powered by the Android 12 operating system, with OxygenOS 12.1 on top. 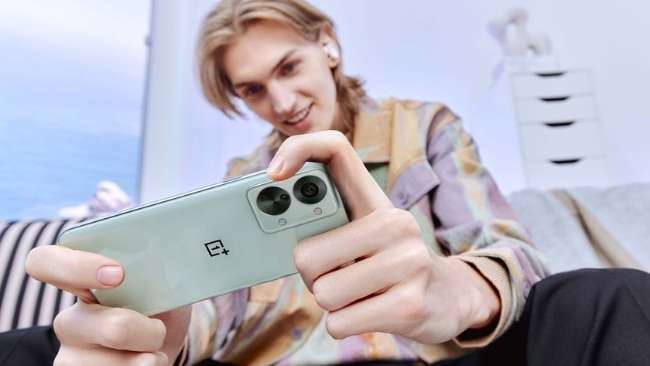