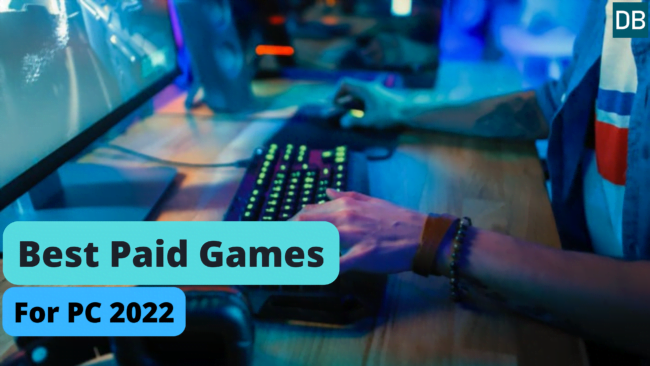 In the paid game player have a lot of options as to which game they should take that’s how we have brought a Best paid games for pc which is very popular among pc gamers and their graphics and story are very good but these to play the game, you must have a good PC so that you can use the features and graphics of these games well.

For purchasing games, you will find many platforms from where you can take games like Steam, Epic Games, Microsoft, etc, and they will get many paid games as well as free games which would have been very good.

What did gamers think about games like their graphics or story? We think that the game which has a good story can touch every game’s heart there are a lot of games available which have a great story but these games are paid here are some of the best paid games for pc 2022.

GTA  5 (Grand Theft Auto V) is one of the best graphics games in which you can play the game with three characters, each character has a different story and the whole game is very big both map and story, this game deserves to be in a list of the best paid games for PC. 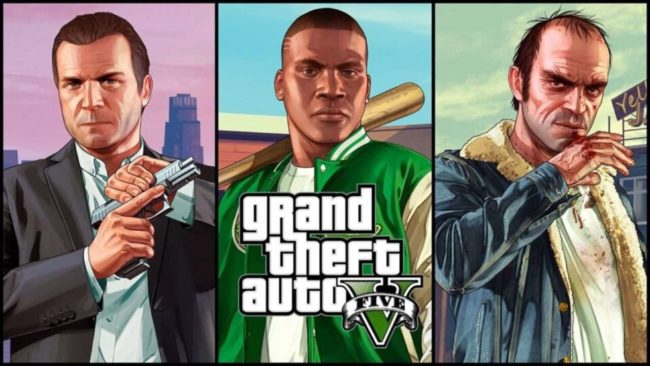 Grand Theft Auto V for PC offers players the opportunity to experience the award-winning world of Los Santos and Blaine County in a resolution of 4K and above as well as play the game at 60 frames per second, you can buy this game from Steam or Epic Games. You will get this game very easily on Steam and Epic Games.

Minecraft is an open-world game that is based on the sandbox. In this game, the player drops into a random location at the beginning of the game by exploring a world made of blocks, where there are many things that the player is attracted to, then he has to make Shelter, Weapons, Food to continue surviving.

A player can make their own imaginary world, there are many such things on this game which will make players want to play with it like armor and weapons that too of diamonds and many other creatures that come in the night from which For the rest, you can sleep in your cellar and wait for the night to end.

In-game a lot of modes are available to play like Survival mode, Creative mode, Adventure mode, Spectator mode, Multiplayer mode, all modes have their own waves to play game Spectator mode is special for esports and multiplayer mode where players can play with their friends. You can buy this game from its official site.

Check Out the Price: Minecraft

Players control Viking raider Evor Warinsdottir, who becomes embroiled in a centuries-old conflict between the Assassin Brotherhood, who fight for peace and freedom, and the Templar Order, who seeks peace through control.

The modern part of the story is set in the 21st century and follows Laila Hassan, an assassin who relives Evor’s memories in order to find a way to save Earth from destruction.

The graphic of this game is very beautiful same as its story, players can use a lot of Vikings weapons with special sound effects. This game is available to buy in the Ubisoft store and Epic games.

FarCry 6 is an action-adventure first-person shooting game developed by Ubisoft Toronto and published by Ubisoft. As it has 6 in its name, this is the 6th game of the FarCry series and the successor of FarCry 5, the game was released on 7 October 2021.

The game is set in an open-world environment where the player can navigate on foot or using various land, water, and air vehicles. The world is divided into seven main regions, ranging from urban areas and dense forests to mountain ranges and open oceans.

In this game, players can see a lot of vehicles as well as weapons because this game is totally focused on it. There are several prototypes of special weapons in the game, called “resolver weapons”, each conferring a certain advantage to the player’s loadout, for example, a silent close-range nailgun or a sling-shot projectile weapon that can be used on CDs.

The game graphics and textures are very beautiful and look real, with special sound effects on all weapons and big maps with lots of places like jungles, beaches, and Esperanza, the capital city of Yara. The game is available to buy on its official site Ubisoft and Epic games.

Red Dead Redemption 2 is an action-adventure game developed and made by Rockstar Games. The game is the third part of the Red Dead series and it is a prequel to the 2010 Red Dead Redemption. First, its is released on PlayStation 4and Xbox One in October 2018, and for Windows 2019.

The game is presented through both first and third-person perspectives, and the player can move around freely in its interactive open world. Gameplay elements include shootouts, robberies, hunting, horseback riding, interacting with non-player characters, and maintaining the character’s honor rating through moral choices and actions.

A reward system similar to the “Wanted” system from the Grand Theft Auto franchise controls the response of law enforcement and bounty hunters to crimes committed by the player, the story is set in 1899 and follows the exploits of outlaw Arthur Morgan. The game is available on Epic Games and Steam easy to buy and download.

Cyberpunk 2077 is an action role-playing video game which is developed and published by CD Projekt. The game is released on 10 December 2022 for Windows, PlayStation 4, and Xbox One, and for PlayStation 5 and Xbox Series X and S, versions are planned to follow in the first quarter of 2022.

Cyberpunk 2077 is an open-world game set in a cyberpunk universe as the players assume the first-person perspective of a customizable character. This game story is set in Night City, a metropolis brimming with power, glamor, and body modification. best paid games for PC.

You play as V, a mercenary robber going after a type of implant that is the key to immortality. Players can customize their own character’s cyber warfare, skill set, and play style, and explore a sprawling city where the choices you make shape the story and the world around you, the game is available to buy in Epic Games and Steam.

Forza Horizon 5 is a racing video game developed by Playground Games and published by Xbox Game Studios. It is the 12th game in Forza Series and it was released on 9 November 2021 for Windows, Xbox One, and Xbox Series X/S.

The map was described by creative director Mike Brown as one of the most diverse Forza Horizon maps ever created by the team. The map includes an active caldera volcano, forests and beaches, ancient Maya temples, and towns and cities such as Guanajuato.

Players can freely explore the open world, though they can also compete in multiplayer races and full campaign modes. Both the cars featured in the game and the player character can be widely customized, Players can purchase this game on Microsoft Store or Xbox Game Pass, and Steam.

Battlefield 2042 is the first-person shooting game developed by DICE and published by Electronic Arts. It is the seventeenth game in the Battlefield series and it was released in 2021 for Windows, PlayStation 4, PlayStation 5, Xbox One, and Xbox Series X and S.

Same as the previous series of Battlefield this game does not support single players but players can enjoy games on multiplayer with their friends. It also includes support for cross-platform play, a first in the series. After its release, Battlefield 2042 received mixed reviews from critics and negative reviews from players.

As the game is set in the near future, it includes futuristic weapons and gadgets such as deployable turrets and drones, as well as vehicles that the player can commandeer.

Players can request to airdrop the vehicle at any location, the system allows players to customize their weapons on the spot. The game had seven maps at launch, you can purchase this game from Epic Games, and Steam.

Resident Evil Village is a survival horror game developed and published by Capcom. This game is a part of Resident Evil 7: Biohazard (2017), the game was announced at the reveal event of PlayStation 5 in June 2020 and it was released on 7 May 2021 for Windows, PlayStation 4, PlayStation 5, Stadia, Xbox One, and Xbox Series X/S.

Resident Evil Village is a first-person game where players control Ethan Winters who is searching for his kidnapped daughter after a fateful encounter with Chris Redfield and finds himself in a village filled with mutant creatures.

While Village maintains the Resident Evil series’ survival horror elements, the game adopts a more action-oriented gameplay style compared to its predecessor. The inventory management mechanic is similar to Resident Evil 4, with a briefcase and the ability to move and move items around for better storage space.

Players can purchase supplies, weapons, upgrades, and items from a merchant named Duke. Players can also hunt animals in the village and cook them into dishes by the Duke. This game has beautiful graphics and horror sound effects which makes the game more interesting. You can easily purchase this game from Steam.

Check Out the Price: Steam

But in this remastered version, the graphics have improved a lot and this had a big impact on the game which is why you should go with the remastered version. The hunt for Alien Alpha Safe continues, but now you must uncover the truth behind CELL.

Corporation, which has transformed New York City into a sprawling urban rainforest sheltered by a giant nano dome. Equipped with your legendary nanosuit, you must assess, adapt and attack as you choose your path and fight through seven different districts.

Destroy your opponents in brute force fire using Nanosuit’s superior technology, or use stealth to achieve your goals and become the silent defender of humanity. best paid games for PC 2022.

There is no wrong way to save the world. Players can easily purchase this game or remastered version from Epic Games and Crisis Remastered Trilogy by Epic Games is available to buy which gives 3 parts of Crysis.