The Realme GT Neo 3T will be available on June 7th. In this phone, the company will give 150W rapid charging. This phone will also include a 64MP triple back camera configuration.

By providing a teaser invite, Realme has announced the GT Neo 3T’s launch date. There’s a suggestion that this phone will be a rebranded version of the Realme Q5 Pro, which was released earlier this year in China. 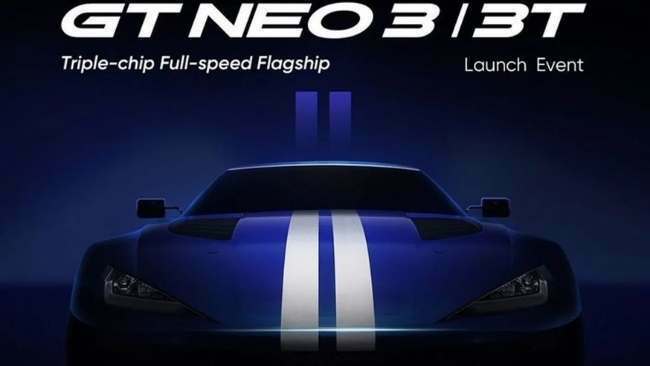 The business will include 256 GB of internal storage in this smartphone, and micro SD card compatibility will be unavailable. The phone has a 6.62-inch Full HD + AMOLED display with a resolution of 1080×2400 pixels.

This smartphone will have a 120Hz refresh rate. Three cameras with LED flash have been installed on the phone’s back for photography. An 8-megapixel ultra-wide-angle lens with a 64-megapixel primary lens and a 2-megapixel macro camera are among them. On the front of the phone, a 16-megapixel camera will be provided for selfies.

Concerning the Realme GT Neo 3T price, the business may offer this smartphone in India for around Rs 35,000.