Realme GT Neo 3T is expected to be launched in India next month i.e. in June 2022. This information has been shared by industrial tipster Abhishek Yadav via Twitter. However, the confirmed date in June is still not announced through the company.

In India, Realme has already launched the GT Neo 3 smartphone series before the GT Neo 3T. There could also be a rebranded version of Realme’s GT Neo 3T and Q5 Pro. Which was released in China last month.

The phone comes pre-installed with the newest Android 12 operating system. Furthermore, the phone received 1003 and 2607 points in Geekbench’s single-core and multi-core tests, respectively.

The gadget might be powered by a Qualcomm Snapdragon 870 CPU and a 5,000mAh battery with 80W fast charging capabilities. 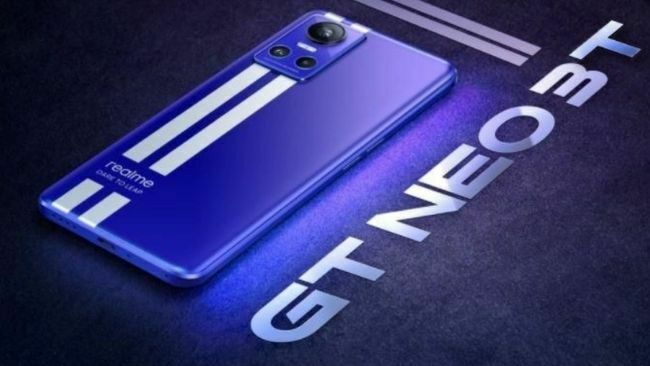 The Realme GT Neo 3T may include a triple camera arrangement on the rear, with a 64MP primary camera, an 8MP ultra-wide lens, and a 2MP third sensor.

It might include a 16MP front-facing camera for selfies. Realme GT Neo 3T will most likely ship with Realme UI 3.0 based on Android 12. The estimated price of Realme GT Neo 3T in India can start from Rs 29,999.