Moto G42 will be launched in India on July 4, know its price and specifications

After the launching of Moto G42 in Brazil, it has been revealed that it will be available in India on July 4. This has a 5,000mAh battery.

The Moto G42 India debut date has been set for July 4, according to a tip. Motorola introduced the phone earlier this month. It has a 20:9 OLED display and three back cameras. The Moto G42 also supports rapid charging at a rate of 20W.

The smartphone is part of the Moto G series, which is known for providing a good value for money. It is also a slimmer variant of the Moto G52, which was released in India in April. The Moto G42 will most likely compete with certain popular low-cost models in the Indian market. 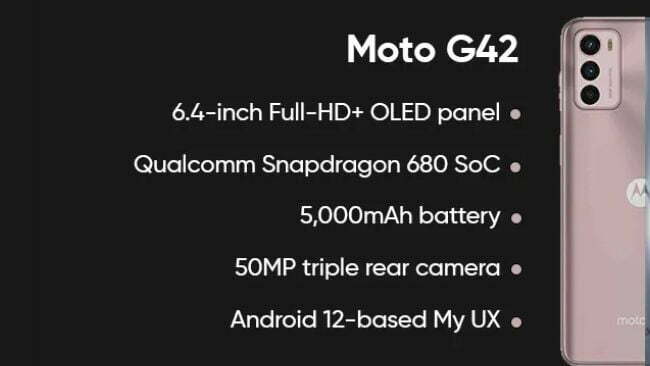 It has a triple rear camera arrangement with a 50-megapixel main sensor and an f/1.8 lens. The Moto G42 also has an 8-megapixel ultra-wide camera and a 2-megapixel macro camera.

On the front, Motorola has included a 16-megapixel selfie camera sensor. The phone has 128GB of internal storage and a 5,000mAh battery that enables 20W TurboPower charging.

The Moto G42 India launch date has been slated for July 4, according to the source. The tipster had stated that the phone would be released in the country this week. 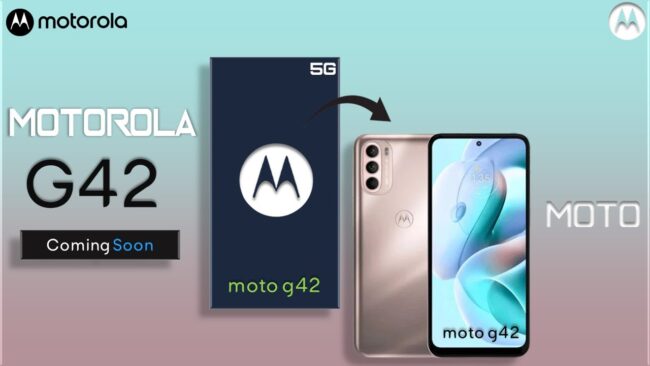 Motorola, on the other hand, is yet to reveal the launch date through its official channels. Motorola released the Moto G42 in Atlantic Green and Metallic Rose in Brazil earlier this month.