How to check IMEI number on all phones? 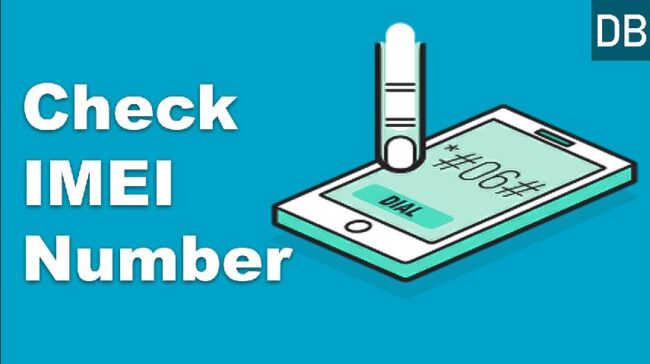 All mobile handsets in the world have a unique International Mobile Equipment Identity Number (IMEI), irrespective of any type of handsets like iPhones, Android, feature phones, smartphones, or tablets, all these handsets have a unique identity number, which is mostly 15 digits. This number varies according to the brand/model of the handset.

In Android phones, you can find it in the settings menu of your phone. This number may vary according to the brand and model of the handset, but it is mostly found in more settings or about the phone option.

Here, we’ve given 4 methods, because not all smartphones have the same settings, so if you want to check IMEI number of your smartphone, then you will get a number from one of these 4 methods.

In this list, scroll down to find and check the IMEI number, then long-press the IMEI option, so that the number will be copied to the clipboard, which you can paste as notes anywhere.

This IMEI number will be found in many places in your iPhone, such as from settings, finder/ iTunes, or from the phone’s original box.

Another way to check the IMEI number

Inside of the phone

Today’s smartphones are made to be non-removable due to their sleekness and thinness, but the earlier, IMEI number is written on the smartphones or any of the basic feature phones.

For example, open the back cover of your phone, removing the battery of that phone, the IMEI number is written just below the logo of the brand of the phone. Check the IMEI number and note this number, which can be used later.

Check on the Original Phone Box

Some phones, such as the Samsung Galaxy S10, and other Galaxy phones also have IMEI numbers written on the back cover, but the number is written in a much smaller font, which can only be seen by the magnifying glass. Even, it is difficult to see.

The measure problem is that this trick does not work on the iPhone, because Apple does not allow this method for its security.