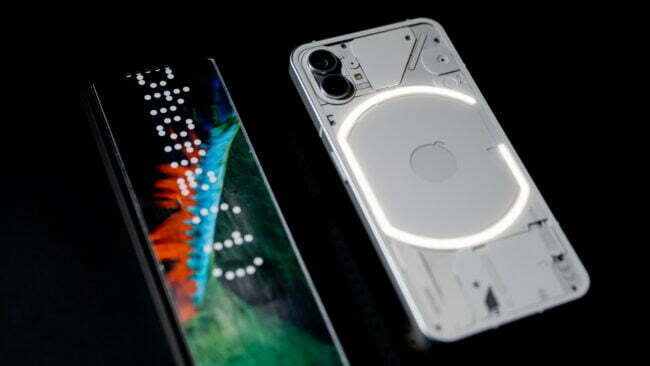 According to the most recent report by The Mobile Indian, the name of the Nothing brand’s second smartphone will be Nothing Phone (1) Lite. The phone’s name implies that it would be a somewhat reduced version of Nothing Phone (1), which was released on July 12.

The LED arrangement Glyph interface will not be present on the phone’s rear panel in the Lite edition, according to the report. Aside from that, wireless charging will not be supported in this phone.

In terms of specs, the Nothing Phone (1) Lite will offer a 6.55-inch OLED display with a refresh rate of 120Hz. Aside from that, the phone will have a Qualcomm Snapdragon 778G+ processor, up to 12GB of RAM, and 256GB of storage.

The phone will have a dual rear camera arrangement for photography, with the primary camera being a 50MP Sony IMX766. Another 50MP camera will be available as a result of this. The phone will include a 16MP Sony IMX471 sensor for selfies and video calls.

The phone’s battery capacity will be 4,500mAh, with 33W wired fast charging capabilities. At the same time, the phone has a 15W wireless charging feature.

Nothing Phone 1 Lite can be IP53 certified by the company. You will be able to keep dust particles out of it.