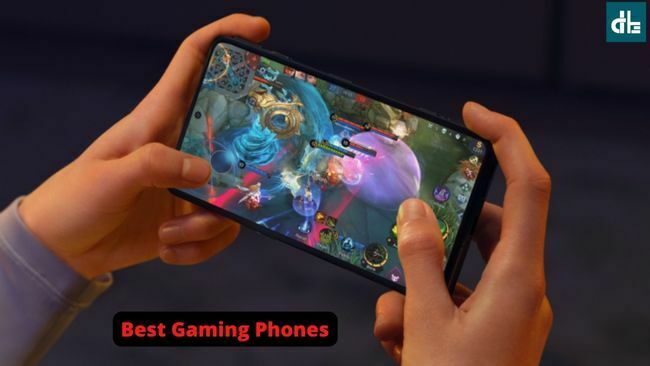 If you enjoy mobile gaming, the 5 best gaming phones listed below have it all, from clear displays and powerful processors to long-lasting batteries.

Few gaming smartphones wear their personalities on their sleeves, dazzled by RGB lights, superior cooling, and larger logos. Many of the phones on this list, however, are still normal phones.

While they may lack gaming-specific features such as a trigger button, they nevertheless cover the fundamentals and generally provide greater overall adaptability.

These are the best gaming phones for traveling around Fortnite or Arena of Valor on the fly.

The iPhone 13 series has taken us all by surprise by becoming a better gaming phone than a dedicated gaming phone.

The main reason for this is Apple’s continuous superiority in chip power, as well as the two Pro models’ new 120Hz adaptive refresh rate display. The latest iPhone 13 Pro Max from Apple is the best gaming phone money can buy. Even the finest of what Android has to offer cannot compete with the new large iPhone.

This phone can handle any mobile game, thanks to the very strong A15 Bionic chip, 120Hz display, and much-improved battery life. The iPhone 13 Pro Max is the best phone you can purchase, not just the finest gaming phone.

It has excellent cameras, a stunning 6.7-inch OLED display, and a host of functions that make it a joy to use in everyday situations. It can also have up to 1TB of storage, so you’ll never run out of room for the best iOS games.

Surprisingly, players who export overseas prefer to play and practice on the iPhone in games like PUBG Mobile and Garena FreeFire.

This is because the efficiency of Apple’s CPUs allows for reduced heat dissipation, resulting in a more comfortable gaming experience during long sessions.

The Snapdragon 8 Gen 1 system-on-chip, which powers the OnePlus 10 Pro, is found in the best-performing Android phones these days. As a result, even the most demanding games run well on this device.

Gamers will especially like the phone’s 6.7-inch display with a 120Hz refresh rate’s extended battery life – roughly 12 hours even with the adaptive refresh rate activated.

The OnePlus 10 Pro’s price is likely its most appealing feature. While other flagships are approaching $1,000, the OnePlus 10 Pro is only $899. It’s unusual to find a top-tier phone with so many premium features at that pricing.

An Android phone that offers more than gaming You might not expect Google Phones to make the list of greatest gaming phones, but Google delivered with the Pixel 6 Pro.

The Pixel 6 Pro is a terrific choice for your next gaming phone due to its excellent performance and unexpectedly good performance from the new Tensor chip.

But it isn’t all. Not only does the Pixel 6 Pro excel in games and benchmarks, but it also thrives as a phone. It lacks some of the flashy features seen in other gaming phones, but it has one of the best cameras available on an Android phone.

After all, you probably want your phone to be capable of doing other things as well. If we had to pick one criticism about the Pixel 6 Pro, it would be the battery life. The Asus ROG Phone 5 has a 6.78-inch Full HD+ AMOLED display with a refresh rate of 144Hz. It offers incremental improvements and is a better choice for mobile gaming fans.

However, the most significant change has occurred in terms of design. The Pro and Ultimate have a monochromatic look, however, the standard ROG Phone 5 has an RGB logo.

The Snapdragon 888 CPU with up to 18GB of RAM powers all three phones. In addition to the internal cooling technology, an extra AeroActive Cooler 5 fan is available (included in the box for Pro and Ultimate). If you want a good Android phone that can compete with flagships, the Samsung Galaxy S22 Plus is a fantastic option.

The S22 Plus, like many other flagships this year, includes a 120Hz display and a Snapdragon 8 Gen 1 processor. It may only have 8GB of RAM, but that isn’t a hindrance.

In every sense of the word, it is still fast. Furthermore, its 5G capability includes millimeter-wave networks as well as sub-6GHz networks, enabling the best data rates on the planet while gaming online away from home.

Although it does support Xbox Game Pass, the Galaxy S22 Plus doesn’t include many dedicated gaming features—simply it’s a terrific (and, sadly, somewhat costly) flagship gadget that also happens to be one of the best gaming phones.