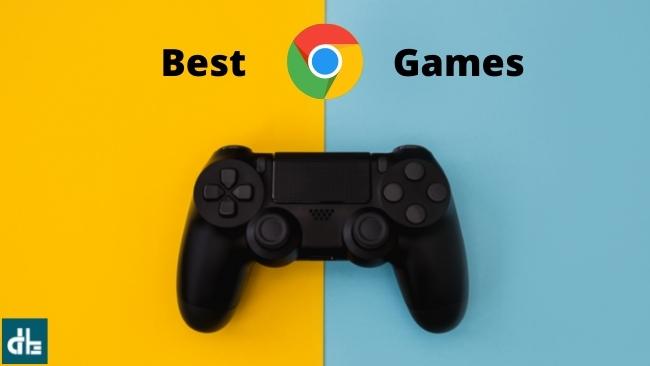 Sometimes we have to be offline for hours because of internet problems. In such a situation people tend to play the same old dinosaur game in Chrome which gets boring after a few minutes.

You may not know that you can use Google Chrome for fun too. It has a web store that contains a lot of games that can be played offline as well.

Google Chrome games are fun and addictive. They don’t require much time or effort to play. In fact, they can even be played offline without an Internet connection.

Here are five of the best offline Google Chrome games to try out.

Cut the Rope is an award-winning physics-based puzzle game available on Android, iOS and other platforms as well as a Chrome extension. It was developed and released by ZeptoLab in 2010. It is free to play and can be played offline as well.

Om Nom is a little green monster who is hungry. The main objective of the player is to feed him. In each level, a candy hangs by one or several ropes which must be sliced with a swipe by using the screen. The game becomes more difficult with each level as you have to deal with different gameplay elements, such as spikes, air cushions, magic hats, and anti-gravity buttons.

Doodle Jump is a single-player video game where the player’s objective is to travel a four-legged critter named “The Doodler” from tumbling down a never-ending succession of platforms.

Propeller hats, jet packs, rockets, springs, and trampolines are just some of the items that can give players a small boost. An invulnerability shield is available on some levels. In addition, the Doodler must avoid, shoot, or leap over monsters, UFOs, and other obstacles.

Pacman is a maze arcade game developed and owned by Bandai Namco Entertainment in 1980. It is available on Android, iOS, Windows, Playstation, etc. as well as a Chrome extension. Initially, the game became popular on small devices but soon became a pop culture icon.

Pac-Man eats tiny dots to clear the maze where four ghosts follow him. Different types of fruits help to increase the score. There is also some power-up shrapnel that can be used to eat ghosts for a short time. The game comes with four levels in which the ghosts become more powerful and faster.

How can we forget the epic adventure of two plumbers-Mario and Luigi.

Mario Brothers is another version of the Mario game series. It is a platform adventure game developed by Nintendo in 1983. The game can be played in both single and multiplayer modes.

In Mario Brothers, the main objective of the player is to defeat all the creatures, enemies and various obstacles in each stage. The player gains points by defeating enemies and creatures. It has four stages each with four levels.

The levels and stages are different from each other and there are different types of creatures and difficulties. Players initially get three lives which can be increased per 100 collectible coins in the game.

Infinite Mario Bros. is an endless version of the Super Mario Bros. game that can be played offline in Chrome. It offers the same experience as the original.

Solitaire is a popular card game type. The object of the game is to take all the cards from the table and arrange them in the tableau before you run out.

Initially, 54 cards in ten piles are dealt in the tableau, with the exception of the top card, which is dealt face to face. The tableau piles are arranged according to rank, and in-suit sequences can be combined. When no pile is empty, the remaining 50 cards in the tableau can be dealt 10 at a time.

Two decks are often used in spider arrangements. The tableau is made up of ten piles, with the first four piles having six cards with the sixth card facing up, and the last six piles having five cards and the fifth card facing up. Each time the stock runs out, each stack is dealt one card.

Each and every game mentioned above has been actually tried by our team members and thus we have come to a conclusion and made the list of best offline chrome games given above.

There are thousands of offline games available in the Chrome Web Store that you can try but it is hard for us to try and list them all.

We highly recommend that you download Google Chrome games from its web store instead of installing them from third-party services. Installing the game externally can harm your device as it may contain dangerous viruses and malware.