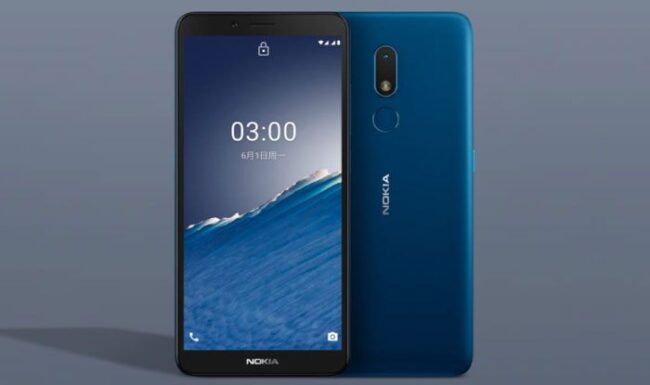 Nokia has launched its new smartphone in the Indian market, which is named the Nokia C3. Due to the lockdown in the world, the economic status of most people has decreased, so Nokia’s objective was to make smartphone users available at affordable prices this time.

So, the price In India, this Nokia c3 2020 price has been kept at Rs 7,499. These phones come with two color options: Nordic Blue and Sand colors. So, Let’s know about this phone

The primary camera in this phone comes with a 5-megapixel front camera, comes with f / 2.4 aperture, and in terms of its main camera, an 8-megapixel camera is given, which is f / 2.0 aperture. comes along. Portrait mode is also given in this phone.

Talking about the processor in this smartphone, Spreadtrum SC 9863 an Octa-core chipset has been given in it. This phone also has 2 GB of RAM and 16 GB of internal storage, which can be expanded up to 128 GB via a micro SD card.

This phone runs on the latest Android 10 Q based. This phone has a 3040 mAh battery which supports micro USB port 2.0.

Nokia C3 supports Dual Volte 4G (which also supports the Band 40 used by some LTE networks in India), which seems to have a Nano + Nano SIM card, for wireless technology it has Wi-Fi 802.11 b/g/n, FM Radio, 3G and 2G supports.

If the talking about sensors, these phones also come with an accelerometer, ambient light sensor, proximity sensor, and fingerprint sensor. as well as a rear-mounted fingerprint scanner for security on this phone.