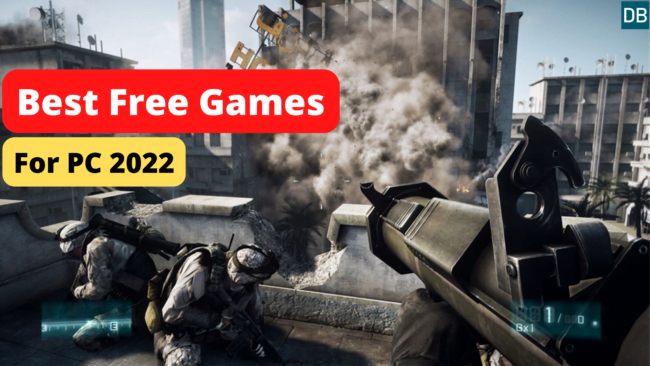 Every budget game has only one wish that they get some such games on free pay pc which they enjoy playing paid games but free games don’t have many options, the player doesn’t know the game which they like.

But even after that, there are many other games that you can play for free, some paid games like them, with graphics, story, and actions, here are the top 10 best free games for pc 2022.

Here are some best free pc games which are multiplayer and some will also get story twists, you will get all these games for free on famous platforms and it is very easy to download them. The graphics of these games are better than free while playing, you won’t be bored at all.

CS: GO (Counter-Strike: Global Offensive) is a free-to-play multiplayer shooting game made by Valve. This is the 4th game in the Counter-Strike series which takes two years for developed and the Globally released for Windows, macOS, Xbox 360, and PlayStation 3 on 21 August 2012. 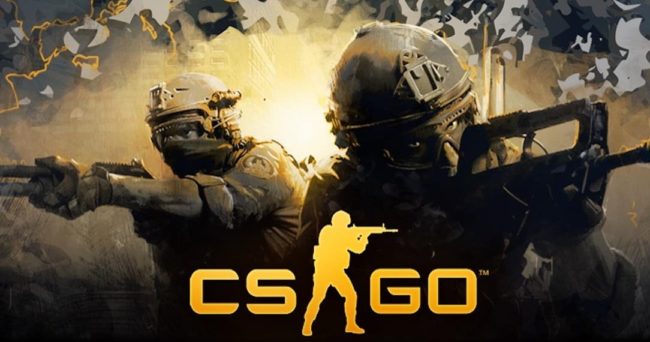 There are a total of nine official modes every mod has different maps which players can select easily, the game also supports a multiplayer mode where very players can play games easily with auto matchmaking and also with their friends with the help of steam.

Games are available on steam for free you can easily download and play its games consist of many features which make this game more attractive and playable that’s why this is at the top of our best free games for pc list.

Dota 2 is free to play multiplayer online battle arena where players can play games with one of over a hundred Dota heroes. Dota means Defense of the Ancients where its community has created a mod for Blizzard Entertainment’s Warcraft III: Reign of Chaos, It deserves 2nd position in this best free games for pc list. 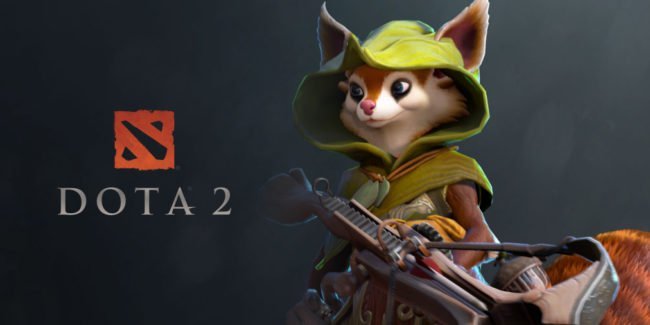 In-game players get a default character which is also known as a a’Hero’ they can use to play, The fight between two teams each player have five-five teammates with each team occupying and defending their own separate base on the map. Each player can independently control their heroes and every hero have their unique abilities and differing styles of play.

The game is totally free and available on steam which is very easy to download and play, a multiplayer mode is very fast where your matchmaking is very fast players doest have to wait for a long time and it doesn’t have any playing limit and Dota doesn’t provide limitations on how to play, it empowers you to express your own style.

Call of Duty: Warzone is free to play online open-world battle royale game released on 10 March 2020 for windows, PlayStation4, and Xbox One. The game allows online multiplayer mod with combat among 150 players, and some limited-time game modes support 200 players. 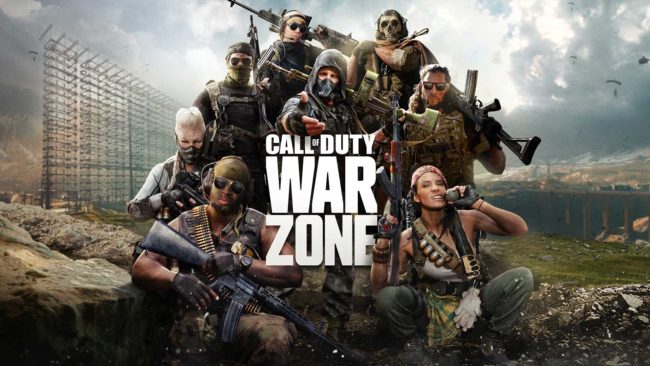 The games have two interesting mods Battle Royale and Plunder. Both mods are totally different from each other and both mods support online multiplayer, The game has beautiful graphics and easy controls which makes games more attractive.

In-game currently you will get to see the update of winter on the game, similarly, the festive updates keep on coming and you can also take this May season pass. Call of Duty Warzone is available for free on their official website where you can easily download it by visiting, That’s why this game is 3 in this list of best free games for pc.

Check Out the Download Link:- Call of Duty: Warzone

Fortnite battle royale is a free-to-play open-world battle royale game where 100 fight to be the last person standing. This game is developed or made by Epic Games and released in 2017. It is available to download in the epic games store and it is also available for Android, It really deserves to be on this list of best free games for pc.

In the game, 100 players are dropped on an island where they have to defend themselves till the end and can build walls, stairs, and many other things that make the game more attractive, and players like to fight while crafting.

The game supports three distinct game mode versions, every mode has its different ways where the player can get a lot of fun with their teammates or friends.

The game gives players a lot of new events currently, with the arrival of Spiderman’s film, his character has been made available on the game, similarly, many new events and updates are being received every month.

Valorant is a free-to-play multiplayer hero shooting game developed by Riot Games, In the game, a team of 5 – 5 players fights with each other, In which you have to play differently in each of the modes Unrated, Spike Rush, Competitive, Deathmatch, Escalation, Replication, Snowball Fight.

It is available to download and play on the official website of Riot games, players get the experience of a lot of new weapons like SMGs, AR, Pistol, and Sniper all guns have their different Damage and recoil. There are many characters in the game too, which have different characters, each character has different abilities.

And these characters are called ‘Agents‘ in the game, which the player likes a lot Phoenix is ​​a British agent who has the power of fire, now who knows how to do it and to know about the rest of the agents, you have to play the game, That’s why this game is 5 in this list of best free games for pc.

Apex legend is a free-to-play hero shooting game which is developed by Respawn Entertainment and published by Electronic Arts. First, it is was released fr Windows, PlayStation, and Xbox in February 2019.

At the start of the game, players are divided into two or three players squads and have to select a pre-design character which is also known as the ‘Legends’, every legend has its unique abilities. The game has two different types of mods known as Battle Royal and Arena.

Crab game is a First-Person Multiplayer game that is based on a movie known as Squid Game, Which is a South Korean survival drama series made by Hwang Dong-hyuk for Netflix and it is a very famous series in 2021.

In this game, players will have to play games that are based on ‘Squid Games’ such as Red Light, Green Light, Sugar Honeycombs, Tug of War, Marbles, Hopscotch, and many more.

You can play multiplayer with your friends, and even with random players, the server of the game is very good, due to which you will not have to make people wait too much for matchmaking.

On the game, you will get a total of up to 35 players and 28 different maps every map is very unique and crazy. there is a total of 9 Game-modes all support multiplayer which is the best thing and this game is totally free on the Steam store and easy to download, It deserves 7th position in this best free games for pc list.

Rocket League is a car soccer game developed and published by Psyonix. The game is first released on Windows and Playstion in July 2015, with port supports for Xbox One and Nintendo Switch being released later on in June 2016.

In this game, players are using rocket-powered vehicles to hit a ball into their opponent’s goal and score points over the course of a match. The game supports both mods like single-player and multiplayer but the game needs internet to run and players can practice improving their games in practice mode.

The game has a lot of features and gives new features festive every time so the player will get a lot of free items with in-game events just have to complete some easy missions and can purchase also, The game is available on epic games for free of cost. That’s why this game is 8th in this list of best free games for pc.

Halo Infinite is a first-person shooting game made by 343 Industries and published by Xbox Game Studios. The Halo Infinite campaign experience adds a linear mission structure that will be familiar to longtime fans with a new exploration of Zeta Halo’s expansive surface.

The game is set on the expansive Ringworld, the game sees the Master Chief’s journey across foreboding battleships, detailed Forerunner interiors, and more, collectively creating the largest-scale campaign in the history of the franchise, It is available to download for free on Steam.

Halo Infinite is committed to becoming more and more accessible to more and more gamers. Along with new features for multiplayer and campaigns, there are also tons of new built-in new features, including vision, audio, controls, sensory and communication settings, in an effort to bring gaming enjoyment and community to more players than ever before.

Genshin Impact is an action role-playing game published and developed by miHoYo, It was released in September 2020 for windows, PlayStation 4, and Android. 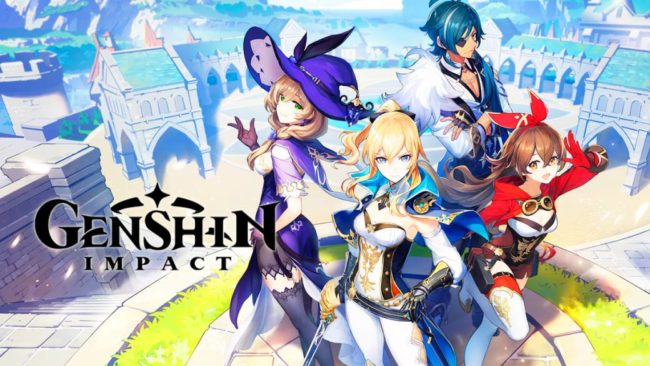 The game is based on an anime-style open-world environment and an action-based battle system, It really deserves to be on the 10th position in a list of best free games for pc.

Genshin Impact takes place in the fantasy world of Teyvat, which is home to seven distinct nations, each of which is tied to a different element and ruled by a different god. The story follows the Traveler, who has traveled across countless worlds with their twin sibling before becoming separated in Teyvat.

The Traveler travels in search of their lost sibling with their companion Paimon, all the while becoming involved in the affairs of Teyvat’s nations.

At the beginning of the game, the player will have to choose a character, after which more characters will be unlocked as the game progresses, you will get to see this game for free on the Epic Games Store.