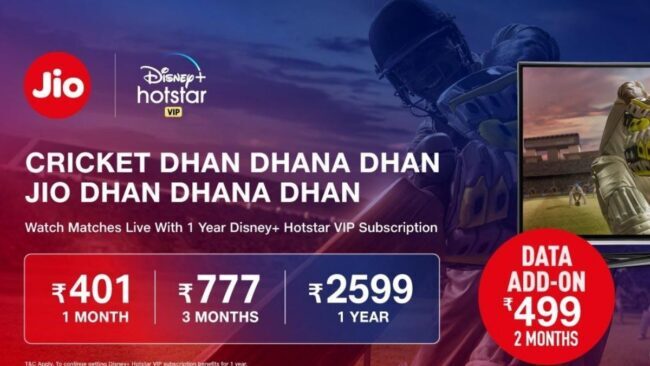 Since the Indian Premier League (IPL) is near on way, Reliance Jio has launched its new plans called “Jio Cricket Plans” with some exciting offers.

Reliance has launched some new plans called “Jio Cricket Plans” for Jio users. Whenever it comes to Ipl, the company always comes with its new plans so that users can watch cricket without any problems.

These new Jio Cricket plans include the Rs 401 plan, Rs 499 plan, Rs 598 plan, Rs 777 plan, and Rs 2,599 plan. With these plans, now users will get free Disney+ Hotstar VIP Subscription for a year, by which users will be able to watch the Ipl and other sports matches live.

The first plan is Rs. 401, where the users will get 90 GB of data, unlimited calling on Jio-to-Jio numbers, and unstated limited FUP calling on other numbers, and complimentary SMS service for 28 days. 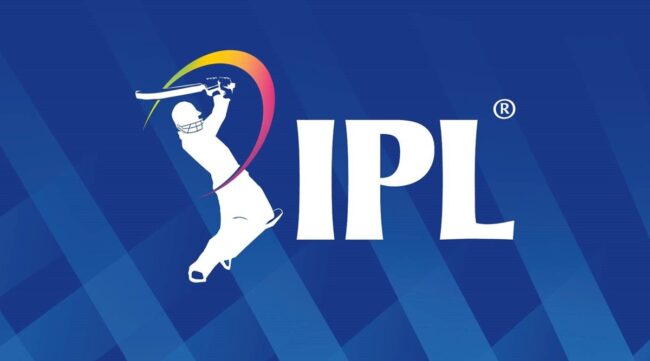 And its Rs. 777 plan provides 131 GB of data with unlimited voice calls for Jio-to-Jio numbers, and limited minutes of FUP voice calls for other numbers which are valid for 84 days.

With its Rs. 2,599 plan, users will get 740 GB of data with unlimited voice calls and complimentary SMS service for 365 days.

By recharging with any Jio Cricket plans of the above, the user will get a Pro Subscription of Disney+ Hotstar VIP so that users will be able to watch cricket matches live via the app.

Slightly company offers a chance to consumers to win a cricket ball with autographs of Cricketing Stars on a daily basis. Users can recharge via jio.com, MyJio App, and through UPI and other payment apps.