Realme Pad 5 Tablet launched in china 26 May: Design and Specification

The Realme Pad 5 Tablet will be finally launched in China today at 2 PM.

The company’s latest Android tablet, the Realme Pad X, has been officially announced. The tablet will first be available in China before expanding to other areas.

We hope also to expect it to arrive in India later. The China-specific launch will take place on May 26 (today) at 2 PM local time.

We also revealed official renderings of the GSMarena, which resembles the Xiaomi Pad 5 tablet.

The Realme Pad will be offered in green with checkered motifs. A black color variation is also available.  The rear of the tablet will include a single camera sensor and a power button on the top edge. 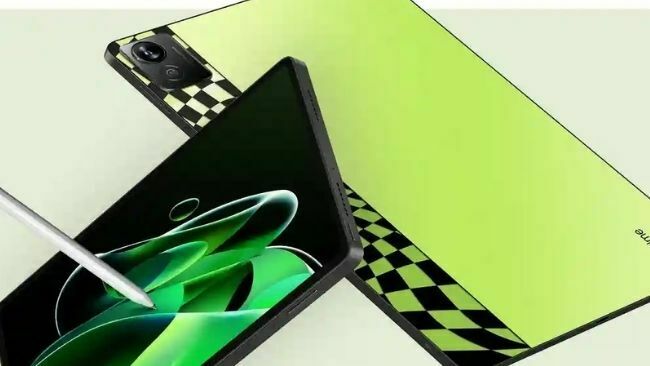 Tipster Digital Chat Station revealed key details of the Realme Pad 5G in late April. As per the leak, the Realme tablet will be powered by Snapdragon 870 SoC and Snapdragon 8 Gen 1+ SoC.