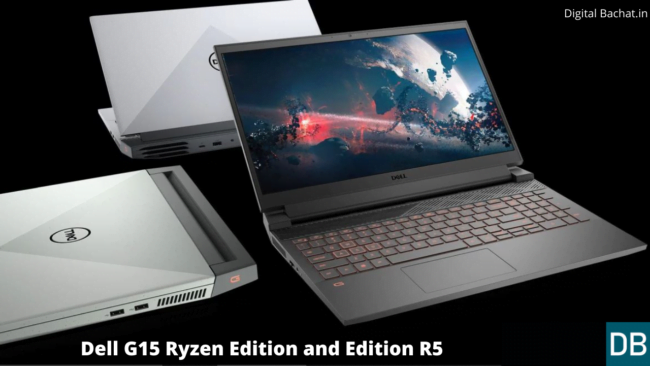 And now it has been launched globally with the Dell G15 Ryzen Edition. Both these models share more information about the specification, except for their processors.

The Dell G15 is built to run on a 10th-generation Intel Core i7 processor, while, on the other hand, the Dell G15 Ryzen Edition is equipped with an AMD Ryzen 7 5800H processor.

The more powerful and premium Dell Alienware M15 Raizen Edition R5 comes with AMD Risen 9 5900 HX processor. If you want to buy these three portable gaming machines from Dell, then you can buy them with RTX 30-series GPU.

And has become available in China from April 7, April 20 in the US. It will be made available from May 4 and in all other countries.

Right now it is known that their price and availability of the device have not been announced for India. To know about this, we will have to wait for some time.

The Dell G15 and Dell G15 Ryzen Edition Gaming Laptops have a 15.6-inch display. Talking about the storage of both these laptops, it comes with 256GB of storage, which can be increased to 2TB of storage.

It is accompanied by dual tuned speakers with 3D audio, it has a dual 720p digital camera, which also includes digital microphone support for Wi-Fi 6.

♦ Also See: » How to Increase Jio speed in your smartphone.