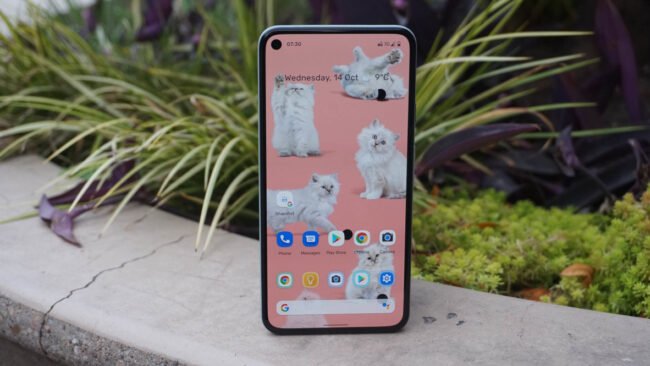 Are you looking for the best up to date smartphone? Google Pixel 5 is the first smartphone, who comes with the latest Android v11. So, the new Google Pixel 5 has a fully Stock Android experience with Pixel Experience, here’s the complete Google Pixel 5 review.

Recently, Google continues its Pixel series, a new smartphone has been launched by the smartphone market which is the new Google Pixel 5 smartphone. Google has also removed the Google Pixel 4 series earlier, which was the most successful premium smartphone.

Google has made this smartphone quite thoughtful this time, because its earlier Pixel series, like Pixel 3, 4, has used the flagship processor, which makes its cost higher. Therefore, by losing some features in it, its price was made available at a very low price.

The starting price of which comes to $ 699 or 51,400 rupees. Google Pixel 5 is a great budget smartphone, powered by Qualcomm Snapdragon 765G processor, which is perfect for playing high graphics games.

Google also unveiled the 5G variant of the Pixel 4A, which got the Snapdragon 765G. Hence, it is a mid-range smartphone, so its price is only $ 499. The price of this smartphone is much less than the Pixel 5. So, on a low budget, the Pixel 4A 5G can also be a very good deal.

Google Pixel 5 comes with 6.0 inches full HD OLED display, as well as a punch hole notch on the left side of the screen. This phone has a resolution of 1080 by 2340 pixels. The best thing about this phone is that it has an OLED screen, which is considered to be the best screen for battery power saving.

Therefore, this phone is a very good choice for power efficiency. On the other hand, it has an ultra-smooth display, which supports 90Hz. This screen is much faster than the standard display (60 Hz display).

If we talk about the design of the Google Pixel 5, then this phone is quite lightweight. Which weight only 151 grams, whose dimensions are 144.7 x 70.4 x 8 mm. It comes with two color variant options, Sota sage & Just Black.

If we talk about its build quality, then the front glass comes with Corning Gorilla Glass v6 protection. Whose body is made of full aluminum back and the aluminum frame body?

Currently, most of the latest smartphones come with a glass back body, which has the biggest drawback is the glass back smartphone has a risk of breaking or scratching the glass, which may cost users more to repair.

Which may costlier. So, keeping this in mind, Google has launched a fully metal body. The right side of this phone has a power button and volume rocker, a SIM card tray on the left side, and the bottom side grille and USB charging port.

For the security options, it has a Rear Mounted Fingerprint scanner with AI Face Unlock. It has also an accelerometer, gyroscope, proximity, compass,  and barometer sensors.

On the other hand, the most important thing about this phone’s camera supports OIS and gyro EIS. There are several types of modes for camera features such as Pro Mode, Portrait Mode, and Night Mode. If we talk about the video recording of this phone,

This phone can record up to 4K @ 30/60 fps and has the ability to record full HD 1080p at 30/60/120/240 fps. On the other hand,  about its front camera, it has an 8 MP wide-angle lens for the front-facing. One of the biggest plus points of Pixel smartphones is that its camera quality comes in the top list in the world.

The camera is given only 12.2 megapixels, but still, its camera performance is very high quality, and it’s better than the 64 MP or 108 MP camera. The reason for this is that the software of Google Pixel smartphones is very great and the camera software has been improved, whose camera quality directly competes with Samsung and iPhone.

Google Pixel 5 has powered by Qualcomm Snapdragon 765G (7 Nm +) SoC Octa-core chipset and also has an inbuilt 5G modem. It has Adreno 620 for graphics, which can comfortably run any game in HD High Graphic. The clock speed of its CPU can be boosted up to 2.4GHz. 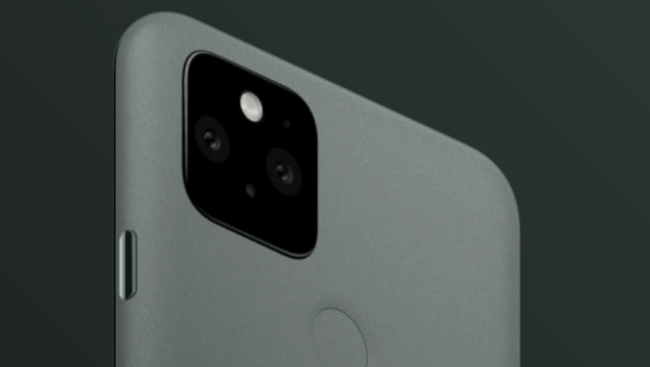 (Image Credit: Trusted Reviews)It supports a 5G network, Dual 4G VoLTE including 3G, and 2G networks. Google Pixel 5 smartphone has 8 GB of LPDDR4 RAM, and a powerful chipset of Snapdragon 765G, which gives a much better gaming performance than their combination.

This chipset is not a flagship-level smartphone, but still, its performance is very fast. So, this chipset will not let you feel any kind of slow loading, hanging, and any other problems. This chipset competes with the flagship chipset with Snapdragon 845 Chipset,

Which does not see much difference. This smartphone supports all types of games or heavy to heavy tasks that can be easily played. For example, you can play big games like Mobile, PUBG Mobile, Call of Duty: Mobile,

Google Pixel 5 runs on the latest version of Android in the base of Android V11. This update of Android 11 has made major changes, as well as many types of features, have been added. Such as inbuilt screen recorder, live location sharing, and Smart Device Quick Access.

The most attention in this update has been given to its security. In this, any kind of 3rd party apps can not be installed now. Apart from the stock camera app, no other camera services can be opened. So, you can not install any type of third-party applications on the Google Pixel 5.

The biggest advantage of having Pixel phones is that, whenever Android launches a new version, Pixel smartphones are the first to get beta testing and stable version update. Other brands get updates only after pixel smartphones.

Google Pixel 5 has a large 4080 mAh Li-Po non-removable battery. With the combination of this big battery and  7 nm plus power efficiency chipset, you can easily use this smartphone the whole day on a single charge.

On normal usage, like watching videos, listening to songs, WhatsApp, and Instagram, you can use it non-stop for 10+ hours very easily. During the test, this smartphone falls 8 to 10% per hour of battery in normal usage.

If you play heavy games like PUBG Mobile, Call of Duty Mobile, or Fortnite Mobile on the HD Graphics, the battery Falls at a rate of 13 to 15% per hour. Therefore, there is no problem with battery backup on this smartphone.

If we talk about the charging of this phone, then it supports 18 watts fast charge. This 18 Watts fast USB Type C 3.1 Wall charging Adapter t also comes out of the phone box. On the other hand, it supports wireless charging, which also supports fast charging.

If you are a stock or clean user interface Android smartphone user, that responds very quickly, then buying this Google Pixel 5 smartphone will be a good choice for you. If you use Android smartphones like this If you want to use the latest version of Android first, then this phone is only for you.

Google Pixel phones are the first to roll out the latest or beta version of Android. If you are an Android mobile photography lover, then you must purchase this Google Pixel 5 smartphone.

Because none of the Android smartphones have the same powerful picture quality as the Pixel smartphones. Pixel smartphones are from Google. So Google’s tag is Enough for its long time service. Its after-sales service is considered the best.

If you are a user using many types of camera features then Google Pixel 5 may disappoint you. Because it only has 2 rear cameras, which has a macro and depth sensor missing.