Now the craze of video editing is everywhere, whether it is a professional videographer or a YouTuber, video editing is needed by everyone. Today our smartphones can do all the things that we can do with a PC or a laptop. According to a report, the video consumption experience of mobile is increasing day by day.

However, these best video editing apps for work are no more powerful than a PC or Mac. Nowadays, these editing apps are easier and more efficient than computer or laptop editing software.

Below you can find some of the best video editing apps that are free and if you want extra features, you can also buy a premium subscription that lets you take video editing to an extreme level. 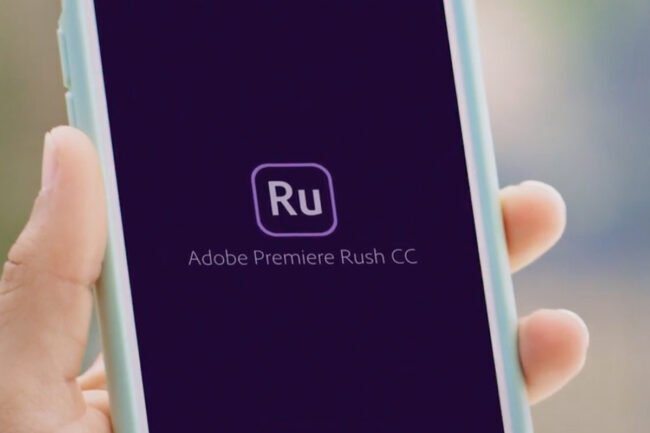 Adobe Premiere Rush is specifically designed to target YouTube and other social media apps. It is highly advanced designed to automatically detect the aspect ratio of your video clip according to your platform and upload it to social media.

It is the best video editing app for Android, iOS, Windows, and Mac OS. It is much easier than other video editing software from Adobe like Adobe Premiere Pro, After Effects, etc.

The interface of this app is very nice and its large icons and panels make it even easier. It is very useful not only for a beginner but also for a professional video editor.

iMovie is one of the best video editing apps for Mac and iOS. It is only available for exclusive Apple users, i.e. if you have an iPhone, Mac, or iPad then you will be able to use this app.

Another special feature of this software is that recently a major change was made in it, in which it can now import and edit 4K cinematic videos.

The biggest drawback of this app is that it cannot be run on Android. If you have a recent iPhone or iPad, you can now add and remove focus points as well as modify the depth of field in 4K cinematic videos.

Kinemaster Pro, this app is the most used software on the Android platform. It is used the most because it has been given high-end features of video editing, which makes it easy to do video editing.

This software has video insert, effects, text overlay, and many more features. Another great feature of this app is that it is one of the best editing apps that can trim video clips and edit layers frame by frame.

It has one drawback that it has a watermark in the free version, to remove this watermark you have to take a pro subscription to this app. 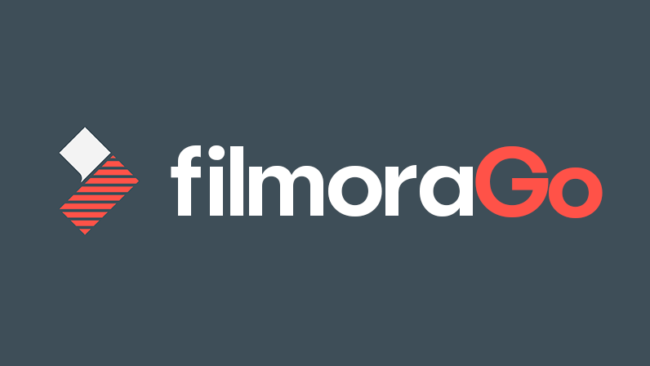 Filmora Go is one of the best video editing apps for Android. The software by Wondershare is specially developed for editing HD videos on Android and iOS. The special thing about this app is that its UI and optimization have been made very well.

The advantage of this is that the video looks very professional, which becomes like quality content. Some improvements have been made in its latest update which includes a new user interface, AR room, and light and dark modes in this app.

This app also has some disadvantages, like this app does not support iPad and PC version and secondly, its free version also shows watermark, so you have to buy the paid version to remove it. 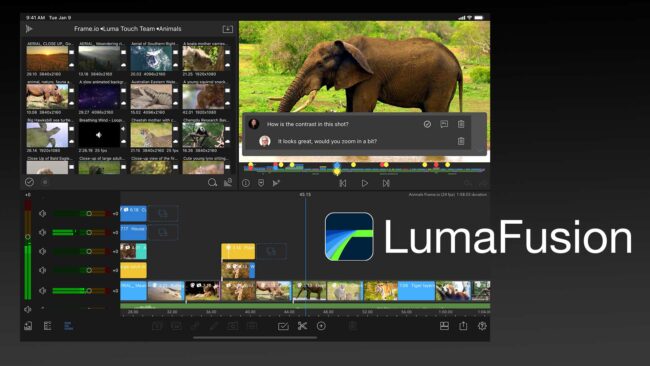 LumaFusion is one of the favorite video editing apps of iOS users which is available only on the iOS platform. This app is exclusively used by VideoJournalized, filmmaker, and video producer, this app is provided for six different audio and video tracks, photos, videos, titles on iPhone and iPad.

Along with this, six different audio tracks have also been provided for music effects, narration, and sound. In its latest update, the Multicam Sync feature has been given so that multiple rooms and audio sources can be edited by syncing at the same time.

One advantage of this is that if you have the latest iPad Pro series, you can enjoy your Thunderbolt to the fullest which can boost download and upload speeds even more.

Once video editing is complete in Lumafusone, it has options that you can share on all your social media and other platforms as well. Its advantage is that all features do not require a subscription, which means it is absolutely free. Its

QuickApps is an editing app that is compatible with GoPro.  This app is specially designed for a GoPro camera, which has the two advantages that one can operate the GoPro remotely with the help of QuickApps, and second, it can be synced with the GoPro, allowing the GoPro to become easier.

All features are available in this app like footage (all photos and videos) can be imported automatically. In this, you can mix and mash any video, theme, or sound together in a few minutes.

It also lets you create any YouTube shorts and Instagram reels, as you can add filters, titles, text, cut, and trim to your videos. Twenty-eight different video formats have been given in it for a better user experience.

If you want to do next-level video editing through this app then this is not for you, as it does not support 4K video editing, which is the biggest disadvantage of this app. This app is only for user-friendly video editing and for those who want to make a video quickly.

It also has an audiometer feature, which allows for the voiceover to be added in a few seconds. It also comes with advanced editing features such as chroma keying, video grading, and photo motion, allowing video editing to an extreme level.

The app comes with in-app purchases available in monthly and yearly subscriptions, which not only provides tons of features like a dynamic range of audio tracks, tools, and illustrations, it also removes watermarks from videos.

The Inshot Pro app is known for average photo and video editing, which is good enough for social media content creation. This app is not only used for professional content creators but also for beginner content creators.

It has all the basic features of video editing like video trimming, video splitting, video merging, and speed adjustment features.

This app is specially made for creating YouTube shorts, Instagram IGTV, TikTok videos, and other types of short videos.

The Inshot app has many features like editing the background of the video, inserting music, filtering different videos, and many more.

Shotcut is a free open source video editing tool with an advanced level of photo and video editing capabilities, but it can be a bit difficult for inexperienced people to use.

Its user interface is not easy to use. Surprisingly, this tool was made for Linux operating system, which can be used on Windows and Mac OS as well. This tool is completely free.

If you’re a programmer or have enough time to learn how to use it in a few hours (or days), you can edit photos and videos at extreme levels of editing.

Videoshow is a great video editing app that comes with many great features. With this, you can edit any type of video whether it is a normal video or a cinematic video.

It has many editing features like video cutter, duplicate, reverse, blur, merge, split, etc. With the help of Video Show, you can also add text or subtitles to the video, as well as the video filter feature is also provided in it.

Some more unique features have also been given in this app, which comes with an annual subscription and a one-time subscription. The Video Show app has scored an overall rating of 4.0/5.0 by its users, which is a great rating.